Interpreters and Translators; What's the Difference?

While the terms "interpreter" and "translator" are generally used interchangeably, they are actually two distinct professions. While some professionals are able to both interpret and translate, most do only one or the other because each requires a different skill set to perform. 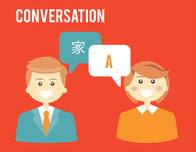 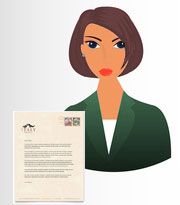 In contrast to interpreters, translators are skilled at converting written text from one language into another. Translators work on documents which can vary in size from a simple e-mail message to an entire book. Generally a translator will read the material they will be translating and then sit and translate it into the secondary language. Human translators must have excellent writing and editing skills because their end-result documents should always be as perfect as possible.

Translation involves a lot more than simply replacing a word in one language with a word from another language. Translators must understand what was written and manipulate sentences and ideas to ensure that the resulting document conveys the same information as the source document did. Translators are also tasked with understanding cultural differences and references and making sure the new document is understood by the readers. 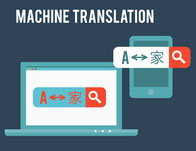 Generally, most interpreters and translators are self-employed and work part-time. However, many also work as foreign language teachers as well to allow them to keep their language skills fresh and to have a more steady income. Compensation for interpretation and translation work is based both on the setting and the language being translated.

With today's global economy the needs for interpretation and translation are growing by leaps and bounds. And, as technology advances software translation is getting more and more accurate and is becoming a viable alternative to using human translation services. However, human translators will always be required to check for accuracy of translations which cannot be ever likely become fully automated due to the nuances and cultural aspects of languages.

Technology keeps changing and probably in the near future translation software will be referred to as interpreting software because it will be able to translate orally as well as written text.

With the advancements in text to speech translation on the horizon and the need for interpreting foreign languages expanding daily, the demand has grown so fast that the real crisis is developing the software fast enough for all the required languages.

SYSTRAN's latest version now includes a speech translator that can be used as a software interpreter.